I found these images while researching perception and deception in photography.
LOOK CLOSELY!!


Shadow sculptures by Tim Noble and Sue Webster plays with light’s function of revealing. However, they serve it with a twist. Spot light seems to shine on a seemly randomly piled heap of trash, as if saying “look at these trash!” The hidden art is actually revealed in the play of light and shadow.

Is what we see really what we think?

Tim Noble and Sue Webster began collaborating during their studies at Nottingham Polytechnic and studied together at the Royal College of Art. Appropriating the guerrilla tactics adopted by media-hungry celebrities’ attempting to gain fame, Noble and Webster’s unorthodox creations comment on a consumerist society gripped by narcissism.  The artist duo is renowned for their series of drawings and their neon and light sculptures which embody the simultaneously glamorous and seedy aspects of contemporary culture. Noble and Webster’s work is held in the Solomon R. Guggenheim Museum, New York, the Museum of Modern Art, New York and the Saatchi Collection, London. 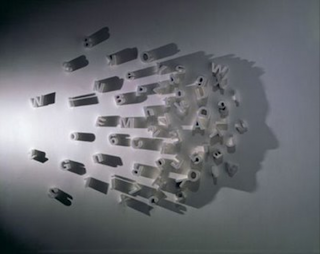 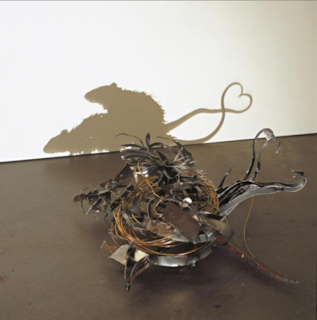 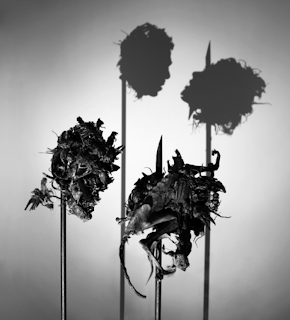 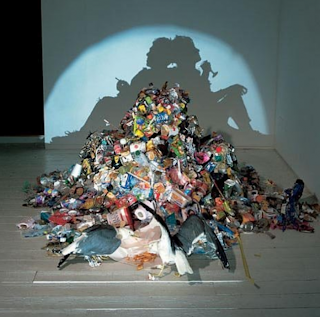 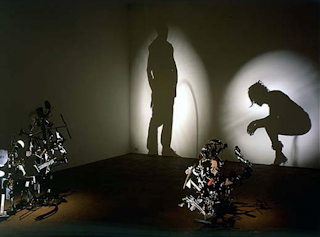